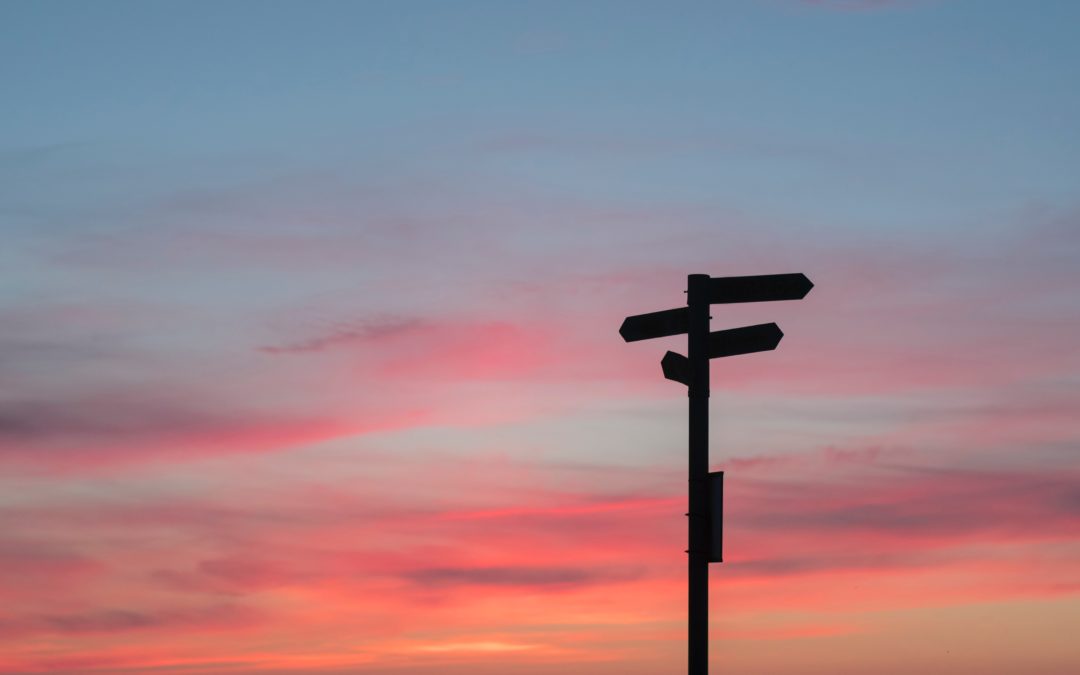 When starting and managing a business, you have to decide what form of business entity to classify yourself as.

The business entity you choose will shape the path of your small business more than you may realize. Choosing the right structure for your company can have a major impact on your financial strategy, especially when it comes to your taxes.

We’ve outlined the most popular business entities and spelled out some of the factors that come into play when choosing the right business entity—including the effects of 2017’s Tax Cuts and Jobs Act.

The broadest way to look at this issue is the divide between C corporations and flow-through business entities.

C corporations are assessed their own level of tax. Much like individuals, they owe taxes based on their taxable income.

Previously, C corporations were taxed on a tiered tax rate structure, just like individuals. This tier had a top rate of 35%. Generally speaking, any C corporation with a reasonable amount of taxable income was going to be subject to that 35% rate.

When contrasted with the more amenable tax rates for flow-through entities such as S corporations, Partnerships and LLCs, avoiding C corporation status was many times a no-brainer. While there are still a few C corp stragglers, most have dissipated over the years. For the most part, the only real C corporations these days are large, publicly traded companies (that are required to be C corporations)—not small businesses.

But now, after the Tax Cuts and Jobs Act, that tiered system, with its 35% top rate, has been changed to a flat rate of 21%. Because of that lower tax rate, plenty of flow-through business owners are rethinking their choice of business entity.

Owners of flow-through business entities continue to be taxed on their share of business income at their individual rates—and those can get as high as 37% even after the new law.

In short: C corporations are becoming a bit more popular. And why not? C corporations seem like a great option, right? Why pay up to a 37% tax rate when you can enjoy a 21% flat tax rate on the same income?

The hitch in that plan is that you can only withdraw earnings from a C corporation by taking payroll in the form of salaries and wages or through a dividend. Of course, payroll is going to be a deduction on your corporate tax return and included as income on your individual tax return—a wash right? Well, that’s before considering that your individual tax rate is probably higher and you would still have to pay payroll taxes on those wages.

But what about a dividend? This might be a better option because it typically qualifies for the more favorable tax rates afforded to qualified dividends and long-term capital gains (15% or 20%, depending  on your level of income). However, this dividend will not be a deduction at the corporate level.

All of that means the income is going to be taxed twice—once at the C corporation level and again at the individual level when taking the funds out. That’s the double taxation you’ve probably heard of.

Even with the most advantageous dividend rate of 15%, after adding that to the 21% flat rate for a C corporation, you’re still looking at a combined tax of 36% before the money really gets to you.

So lowering the rate to 21% did nothing? No, it did make a difference. Previously, at the highest marginal rate, most C corporations were paying around 35% at the entity level and then at least another 15% at the individual level. That combined total of 50% was why it was such a no-brainer to avoid C corp status.

We’ve mentioned flow-through entities quite a bit already. But what are they, exactly?

The flow-through category includes a lot of different subtypes, including:

They all have their differences (which we’ll explore more in a bit), but they also all have at least one thing in common: none of them pay any federal tax. They may still have to pay some state tax, but unlike C corporations, federal taxes are nil.

That’s why they’re called “flow-through” (or sometimes “pass-through”) entities. Any income flows straight through to the owner to be reported on his or her tax return. Sometimes, it may pass through other LLCs, partnerships or S corporations first. But ultimately, it’s going to end up at the individual level at some point—and that’s where the tax liability will be assessed.

Because it’s reported at the individual level, the rate will depend on:

All of the different types of income are reported and taxed cumulatively.

But not all flow-through business entity options are created equal. Let’s talk about some of your options under that umbrella:

Essentially, an S corporation is just a corporation that elects to be taxed according to Subchapter S of the Internal Revenue Code.

Of course, because they’re flow-through entities, they don’t pay any federal taxes.

But what many small business owners don’t realize is that S corporation shareholders must be paid W2 wages for the services that they provide for the corporation. They are, in the eyes of the IRS, a “shareholder employee.” And as such, they must be given what the IRS calls “reasonable compensation” in the form of W2 wages.

When shareholders simply take the distribution from an S corporation (like a dividend), it can easily expose the business to some potential IRS problems. If you’re not paying that “reasonable compensation,” they’re only too happy to step in and read you the riot act for it.

And why do shareholders want to avoid taking their income as wages? Two words: payroll taxes.

In states with a traditional income tax, where all of the flow-through business and personal income is subject to tax just like with the IRS, it’s a lot cheaper to collect income in the form of a distribution—meaning that it’s not an expense of the corporation, but it’s also not income to you personally. You’re still paying tax on whatever the income of the S corporation is, but taking the money out doesn’t create any additional federal or state tax effect.

But if your business is classified as an S corporation, the IRS isn’t going to like shareholders receiving only distribution, and you aren’t going to like how they’d respond to it. They want their payroll taxes!

But don’t be fooled by the “standard”. Those that live in states without a traditional income tax (like Tennessee!) may need to take an alternative approach. For example, taking distributions from S corporations, while allowing you to avoid payroll taxes, subjects you to a state tax at both the business and personal levels in Tennessee, both of which can be avoided if the distribution is taken in the form of payroll or a bonus.

In many ways, partnerships are similar to S corporations. But partnerships by contrast not only don’t have to take payroll or wages, they’re not even allowed to. Instead, partners receiving compensation for their services to the partnership must get “guaranteed payments”. These payments are much like being an independent contractor of the partnership in that there is no tax withholding, but the individual partner will be responsible not only for the personal income tax on those payments but also self-employment tax (essentially the equivalent of the payroll tax).

There are ample cases of partners putting themselves on payroll and taking W2 wages. Not only are they probably paying some unnecessary federal and state unemployment tax on those wages, but they’re actually out of compliance with tax law and have a lot of exposure with the IRS.

This all brings us to LLCs.

An LLC is a bit of a different animal. A Limited Liability Company is actually a business category that is not recognized by the IRS, so there is no “LLC tax return.” It can really be reported on whichever tax type you choose.

By default, if an LLC has only one owner, it’s a disregarded entity. That means the activity is just reported directly on the owner’s tax return (on Schedule C of Form 1040 as a sole proprietorship if the 100% member is an individual). It will be taxed exactly like any other sole proprietorship. It’s as if the LLC wasn’t there as far as the IRS is concerned. But don’t worry, that doesn’t mean your legal or liability protection is jeopardized.

If there’s more than one owner, however, the default treatment is for it to be taxed as a partnership.

So as an LLC, you’re typically going to be taxed as either a sole proprietor or as a partnership, depending on whether it’s a single member or multi member LLC.

But of course, you can choose to not accept the default treatment. You can elect to be treated as a corporation. Then, you can even take it a step further and elect for that corporation to be taxed as an S corporation.

In theory, you could elect for the LLC to be taxed as a corporation, then make an S election, and after a few years you could terminate the S election and go back to a C corporation—or you could even change the entity classification by filing a new election and tax it as a partnership, sole proprietorship, or anything else it makes sense for your tax situation at that point.

LLCs are the chameleons of the business entity world. They can become whatever is best for them to be from one tax period to the next. Because of this, however, they require a little more proactive planning in order to accomplish this. There can also be some tax ramifications of making changes in the way these entities are taxed, so careful planning is necessary before making any drastic changes.

So which is best?

Here at Culpepper CPA, we’re big fans of the LLC business entity classification. They’re unparalleled when it comes to flexibility—and that can go a long way.

Throughout the life of a business, whenever it makes more sense to be taxed a certain way, you can make those elections. You can also terminate or change those elections as it benefits you.

Each individual situation must be considered when choosing the proper entity type, and there are definitely situations where a C corporation, S corporation, or Partnership is more advantageous. But, for a number of reasons, we’d generally vouch for LLCs as the best and safest option. You can get some of the same benefits of all the other different entities at different points in the business lifecycle without the hassle and cost of liquidating or terminating entities and starting new ones.

The benefits of LLCs have only increased after passage of the Tax Cuts and Jobs Act, specifically section 199A—a deduction for 20% of qualified business income. The nuances in Section 199A solidified my general preference for a new business entity to become an LLC in most cases.

The LLC status lets you maximize your use of that 20% deduction in section 199A, a deduction of qualified business income (QBI).

It’s yet another reason why we at Culpepper CPA believe that LLCs are going to be the best bet going forward—now more than ever.

And how about a little extra help?

When it comes to business entity selection, tax strategies, and financial optimization, there is an endless stream of factors in play.

That’s why it’s a good idea to have some specialized experts in your corner.

Just reach out to us, and the Culpepper CPA team will use our years of education and professional experience to sort everything out. We have the answers to all your questions. We’ll get you on the right track in no time.

Let us know how we can help you, and we’ll start making your life easier. 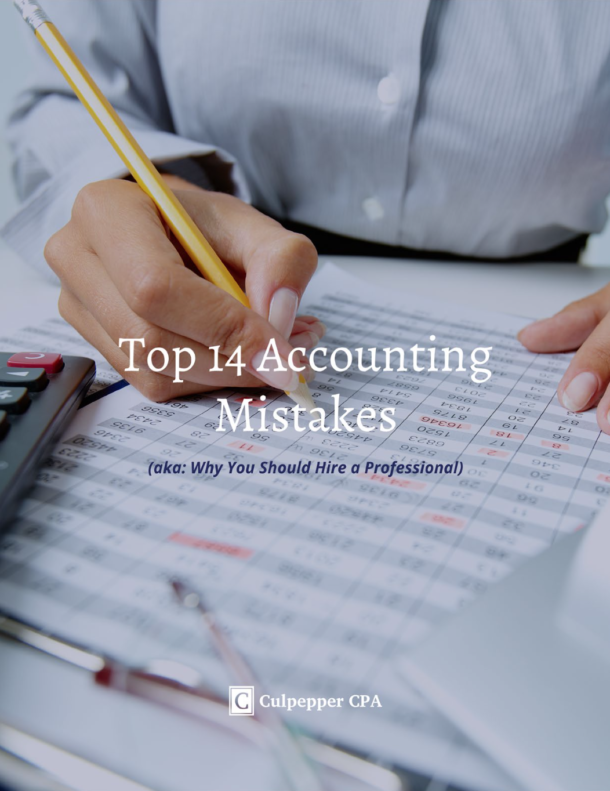